Who doesn't want to do good? Given the constant exposure to social media and news cycle, most people are well aware of social and environment concerns, and a lot of consumers are now looking for ways to make their lives and purchases, more meaningful and impactful for those less fortunate, or simply to contribute to a better world.

Good Beer Project is a collaborative effort to bring consumers closer to this goal; by enabling a more spontaneous, entertaining, and pleasurable way to donate for good. Each beer by Good Beer Project is dedicated to a particular charity, drinking their beer at a restaurant, in a bar, at a hotel, or at a retail store, is a donation to a charitable cause. "We want to start a #DrinkForGood movement with everyone working together; from restauranteurs, to bar managers, to end consumers, this is a collaborative effort and we can't do it alone", says one of the founders Tracy Gan. Through Good Beer Project, every social gathering, every night out, becomes an opportunity to support a good cause.

Having just launched their first two Hong Kong brewed beers, Captain Wonder (a low-carb lager)  and Char Siu Man (lemon ice tea IPA), the company has been in touch with F&B establishments to join in on the #DrinkForGood movement. "We believe the beers speak for themselves, the quality and price point is attractive to everyone, whether you're a restauranteur or the end consumer. But ultimately, we believe this is a movement worth getting behind in the long term, people care about the world we live in more than ever, and Good Beer Project is an outlet to empower them to contribute to what they care about." At present, proceeds from Captain Wonder goes to a children's charity, and Char Siu Man to Feeding Hong Kong. 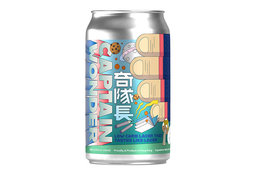 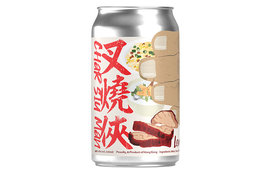 Good Beer Project was built on the belief that most people wants to do good, there just needs to be a more spontaneous, entertaining, and pleasurable way of going about it. Each beer sold donates 30% profit to a designated charity, can you guess which cha
Good Beer Project Char Siu Man Lemon Ice Tea IPA 叉燒俠
HK$30.00