Sherry is made by Palomino grapes, ferments in stainless steel tanks, and alcohol is added in different stages after fermentation to create the different styles of Sherry.

Fino Sherry: A layer of yeast called Flor protects this Sherry from oxidising, which maintains its freshness and should be consumed quickly. Fino Sherry is often called Pale Sherry because it's pale in colour and the driest of the Sherry style. Pale Cream Sherry is sweeten with grape juice.

Amontillado Sherry: Made from Fino Sherry, but during maturation, spirit is added to the Sherry which kills the Flor, and the Sherry subsequently oxidises and creates the distinctive nutty flavour and the colour changes from pale to amber. Amontillado is often dry, but if it's sweetened, it is labelled as "medium".

Oloroso Sherry: Spirit is added after fermentation reaches 18% abv, which means Flor doesn't grow at all, and the Sherry is oxidised throughout its maturation process. It's deep brown in colour, and has intense nutty, coffee, and meaty flavours. Oloroso is normally dry, and sweetened Oloroso is called Cream Sherry.

PX (Oedro Ximenez): Intensely sweet sherry made from sun-dried Pedro Ximenez grapes. It is made similar to Oloroso Sherry, where fermentation is stopped by fortification. PX Sherry has intense flavours of dried fruits, including figs, prunes, raisins, and sultanas. 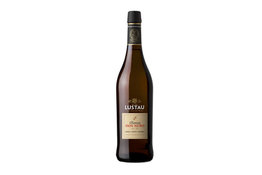 Bodegas Emilio Lustau was established in 1896 and was initially a small family concern until the founder`s son-in-law placed it on a business footing. The firm is perhaps best known as pioneering the Almacenista system, whereby individual dry Sherries are
Lustau "Don Nuno" Sherry, Dry Oloroso, Solera Reserva, Spain
HK$268.00 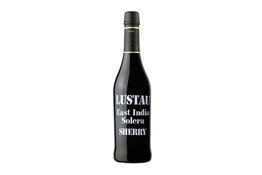